What is Frankfurt Digital Finance?

Putting quality over quantity, we bring together top-executives, entrepreneurs, investors, academics and policy makers on a single platform to discuss the topics shaping the future of the financial industry. We enable exchange of ideas and foster collaboration – helping disruptive companies find corporate partners and investors to scale up faster, and established financial services providers to innovate their business models.

Meet the speakers who will share their perspectives and insights. 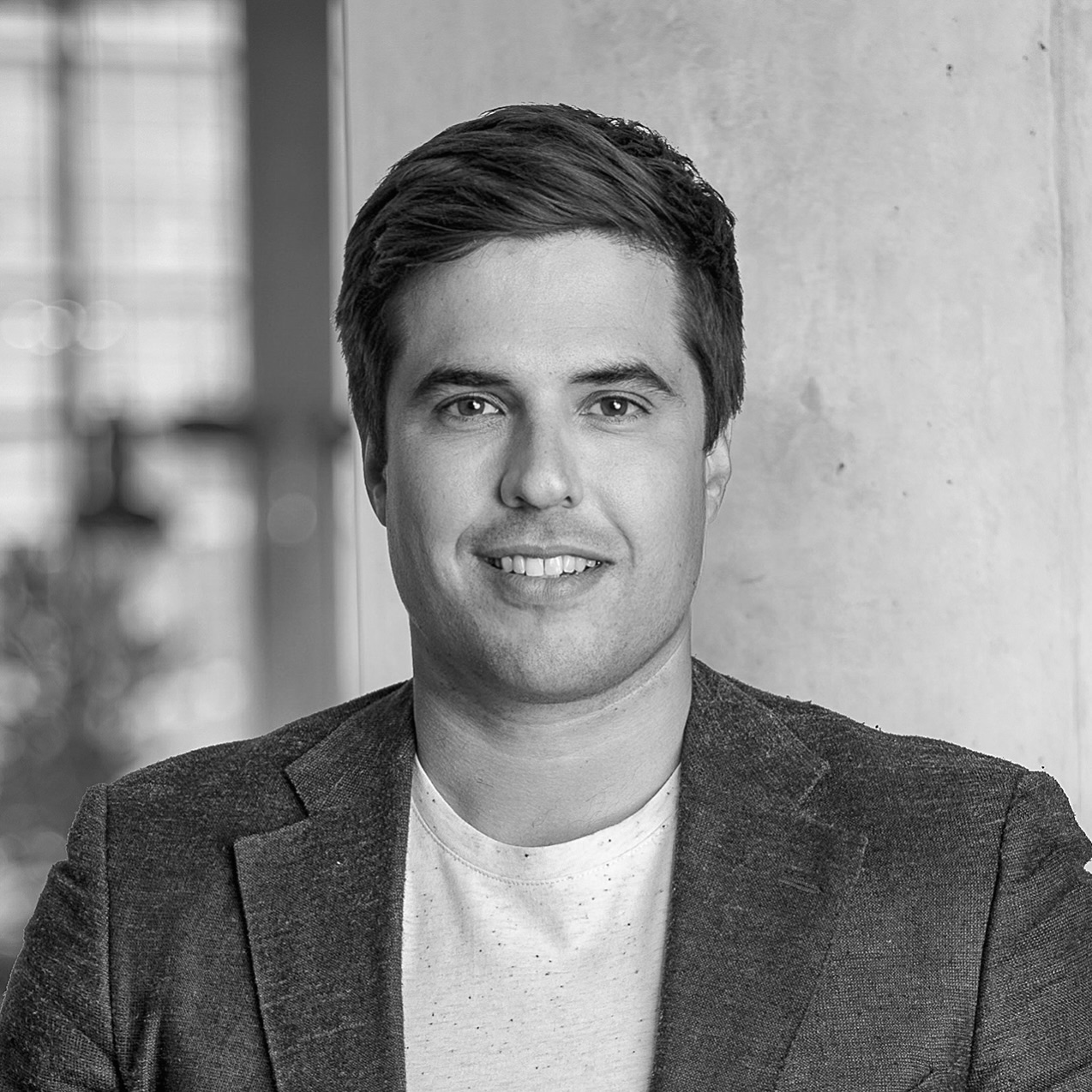 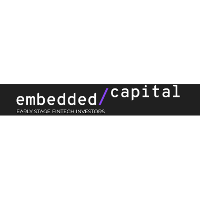 Prior to founding embedded/capital Ramin founded finleap - the leading fintech ecosystem in Europe - in 2014 with the vision to reshape the future of financial services in Europe. finleap has built or invested in 15 ventures and developed more than 5 corporate JVs and service ventures that are now worth €3.0Bn+ Ramin was elected by Forbes Magazine among the Top 30 young shapers of finance in Europe (#30under30) and by Capital, Germany's leading business magazine, as “Junge Elite - top 40 unter 40” (“Young elite - Top 40 under 40”). Ramin shares his insight and know-how regularly as a speaker at top conferences in Europe. 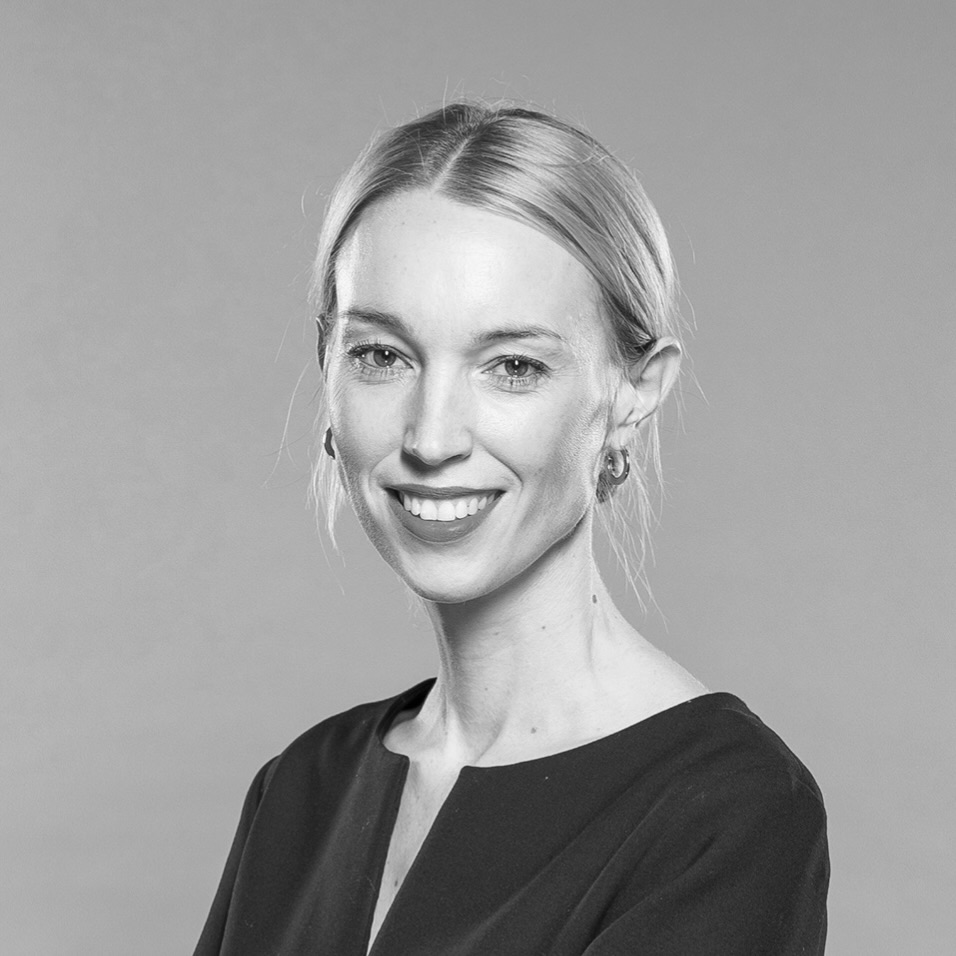 Dr. Lea Maria Siering is the Executive Director of the 2° Investing Initiative (2DII) - an independent, non-profit think tank whose goal is to align financial markets and regulations with the goals of the Paris Agreement. 2DII coordinates some of the world's largest research projects on sustainable finance. She is also a supervisory board member, a member of the Digital Finance Forum (DFF) at the BMF and on the board of the European Fintech Association as well as Bitkom in the area of digital banking and fintech. Previously, she was CRO at finleap connect, a licensed payment service provider, where she was responsible for compliance, information security, legal, esp. supervisory law, data protection, money laundering and public affairs. With 15 years of experience in the financial sector, she also worked as a partner at the international law firm Taylor Wessing in the area of Regulatory/Capital Markets and as General Counsel at the Berlin based fintech CrossLend. She is the author of numerous publications, in particular on regulatory topics or related to digitalization, and co-edits the journal "Recht Digital", published by Beck Verlag. She is a particular advocate for diverse corporate governance and is committed to sustainability and a higher proportion of women in finance. She is still admitted to the bar as lawyer. 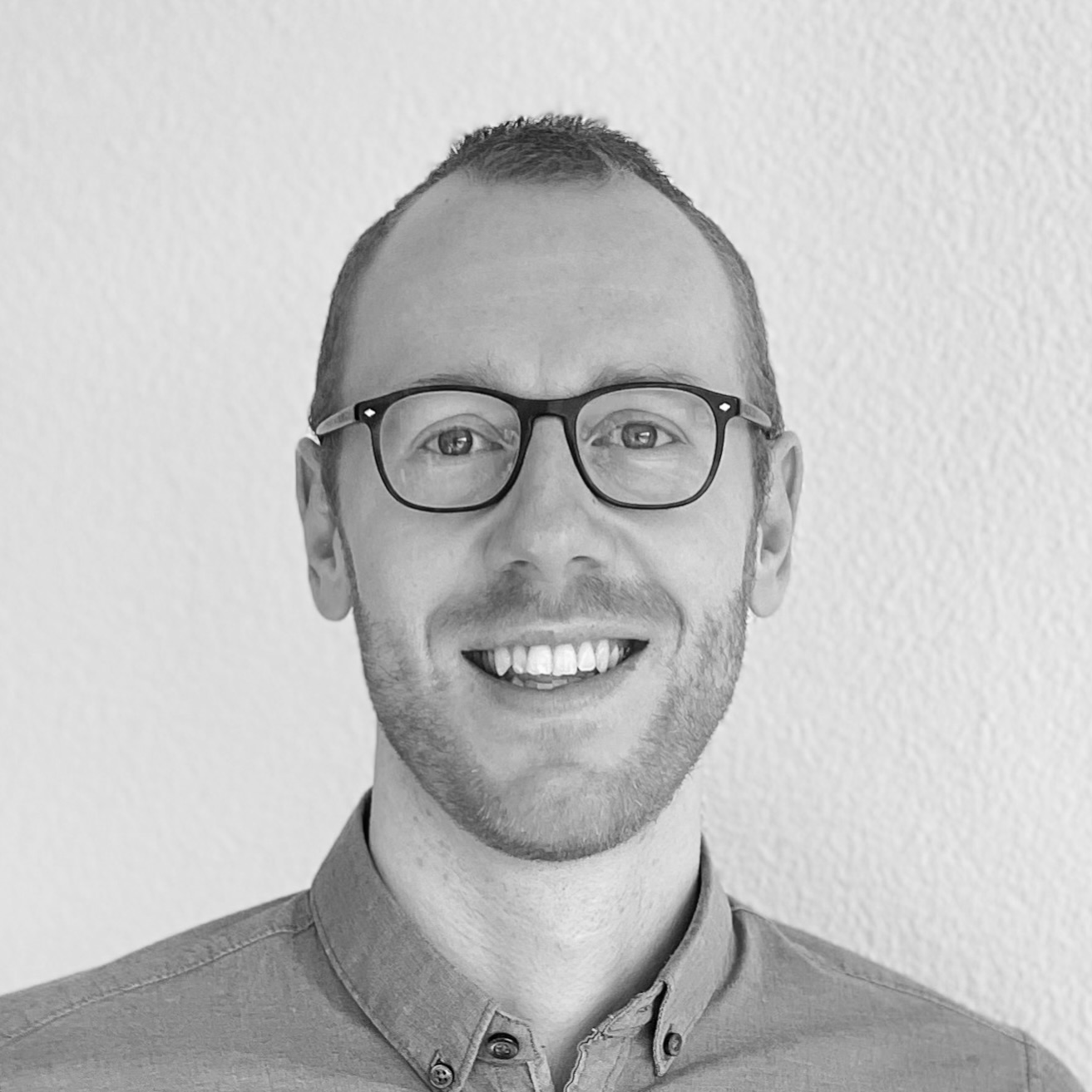 Dr. Alexander Bechtel is the Head of Digital Strategy at DWS. He has done a PhD in finance at the University of St. Gallen in Switzerland, including a research stay at Stanford University. Alexander still holds a position as an external lecturer for blockchain technology and monetary theory at the University of St. Gallen. Before joining DWS, Alexander was the Head of Digital Assets & Currencies Strategy at Deutsche Bank (Corporate Bank). Additionally, he has worked as an external consultant for the European Central Bank. Alexander regularly publishes articles and research on monetary policy and digital currencies. Moreover, he co-hosts one of the biggest German-speaking podcasts on digital money, called “Bitcoin, Fiat & Rock’n’Roll. 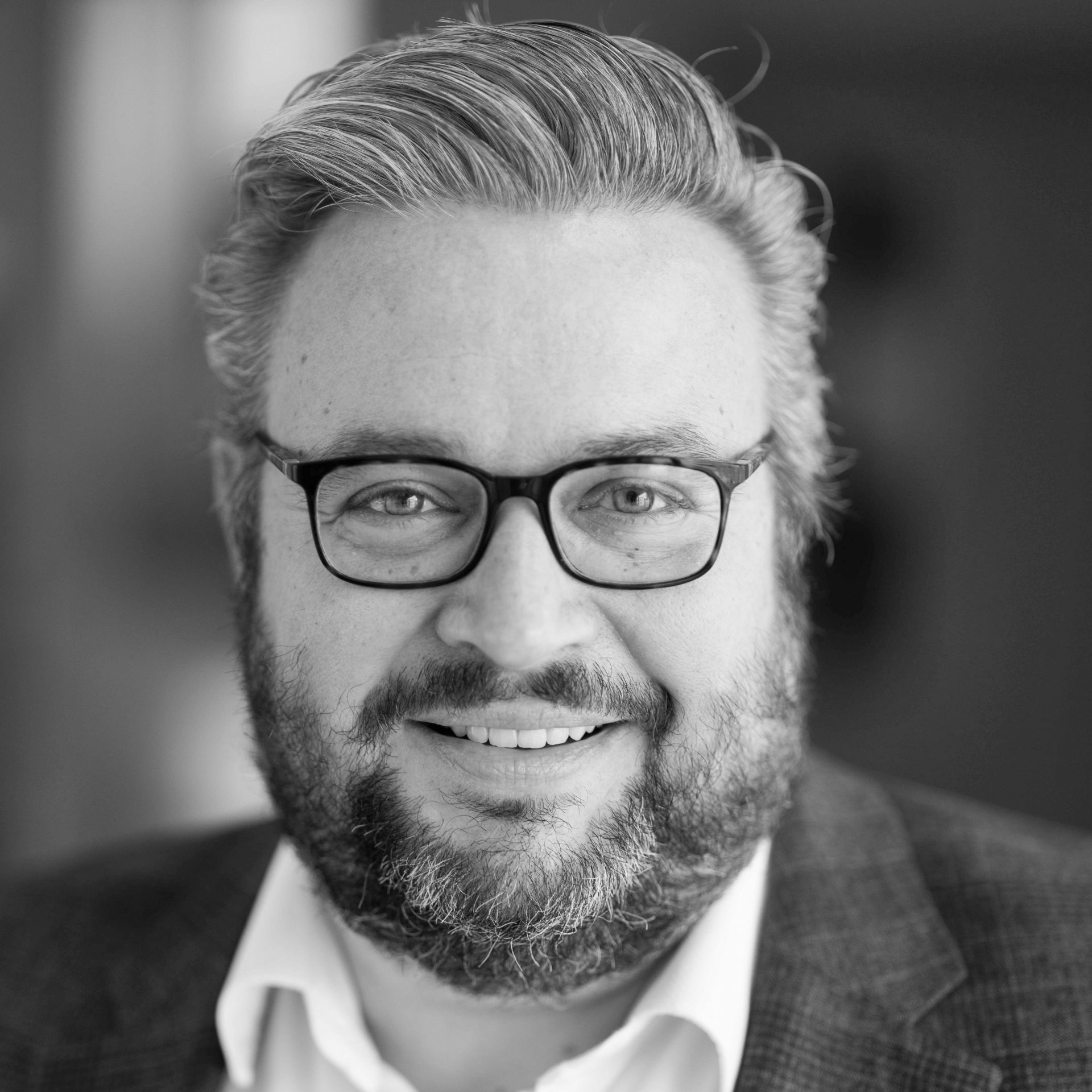 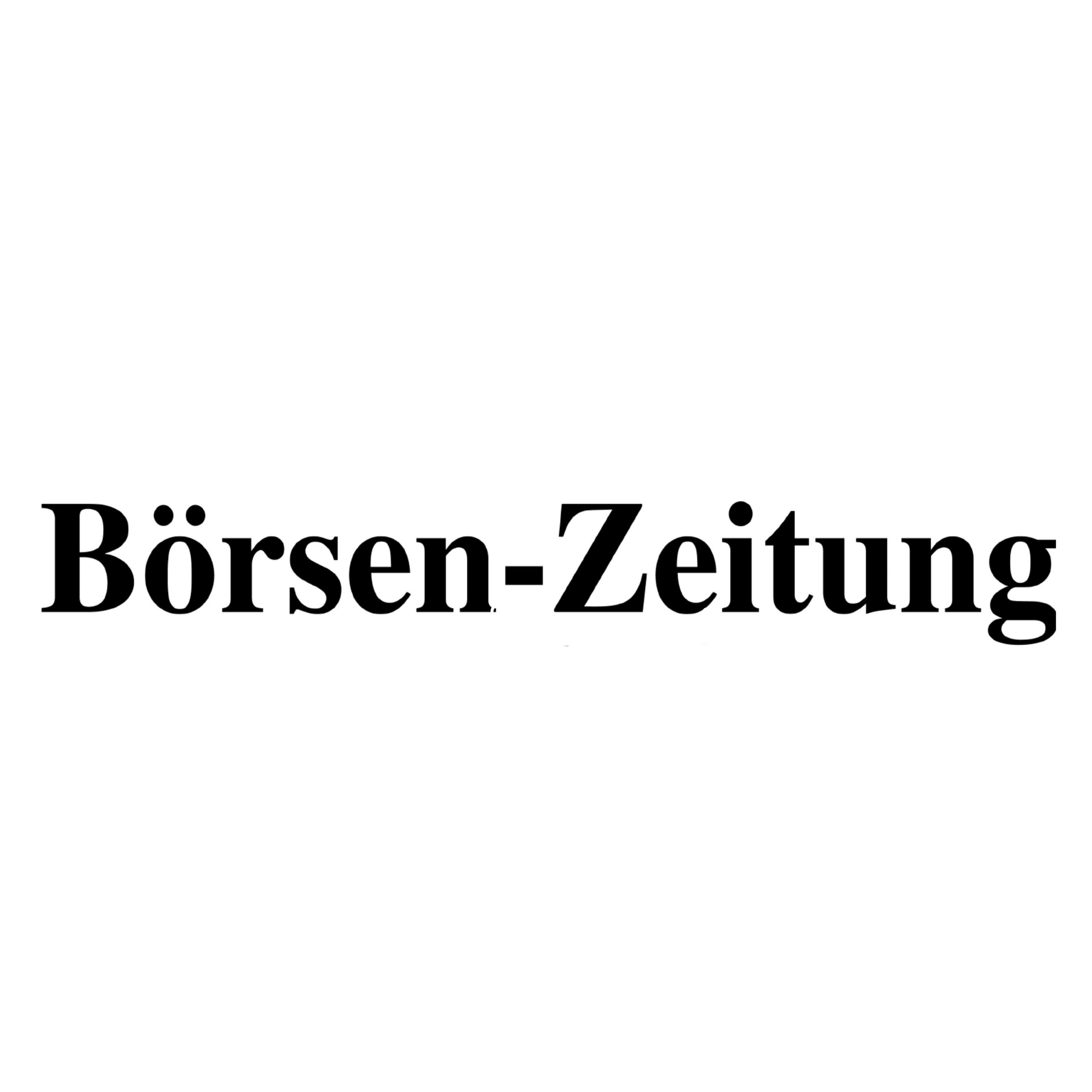 Lutz Knappmann, born 1977, is Co-Editor-in-Chief of Börsen-Zeitung in Frankfurt am Main since April 2021. Previously, he was Head of Digital and member of the editorial board of WirtschaftsWoche in Düsseldorf. From 2011 to the end of 2017, as Deputy Editor-in-Chief of SZ.de, he drove the digital transformation at Süddeutsche Zeitung in Munich, where as Head of Editorial Innovation he was responsible for building up new digital products. Lutz has grown up in Dortmund, studied journalism and trained at the German School of Journalism in Munich. He held positions at Abendzeitung and Börse Online in Munich, later as financial editor at manager-magazin.de in Hamburg, and as page-editor and media reporter at Financial Times Deutschland. 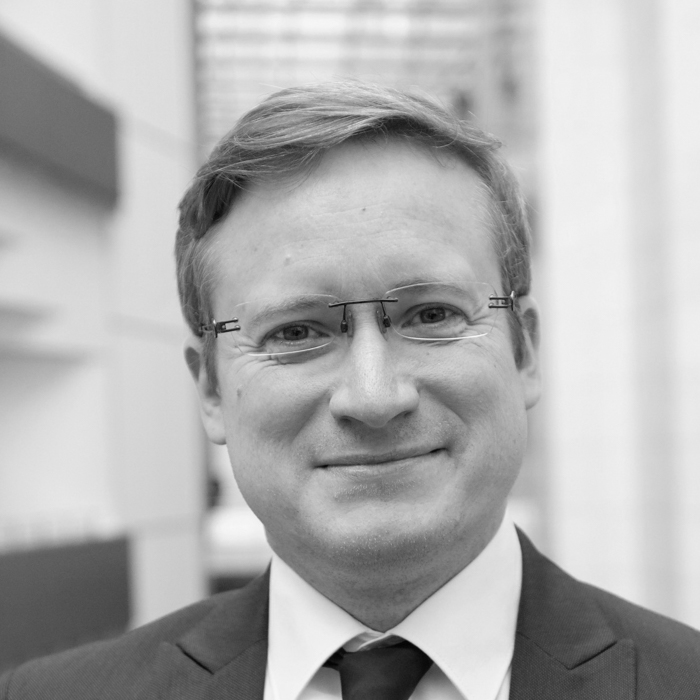 Elected Member of the European Parliament in May 2019, member of the Economic and Monetary Affairs Committee, the Chairman of the Working Group for Access to Finance for SMEs, substitute member in Transport and Tourism Committee and the Committee of Civil Liberties, Justice and Home affairs. He is also a member of the Parliament‘s Delegation for relations with Canada.

He studied international trade, international politics and diplomacy at the University of Economics in Prague and later completed an international program in public administration, regional development and EU programmes at the prestigious school for civil servants, the École nationale d'administration (ENA), in Strasbourg and Paris.

Between 2003 and 2010 he worked at the Ministry of Foreign Affairs in Prague in the Economic Relations department and as Commercial Counselor at the Embassy of the Czech Republic to Canada in Ottawa.

In the years 2007 - 2009 Ondřej worked in the Office of the Government where he dealt with security, transport and coordination with the ministries during the Czech Presidency to the EU. Since 2010 he was the Head of Cabinet of the First Deputy Minister of Defence of the Czech Republic. After he was representing the Czech Republic at the European Defence Agency. From May 2013 until June 2019 he has served as Senior Adviser in the European Parliament and as Parliamentary Assistant. 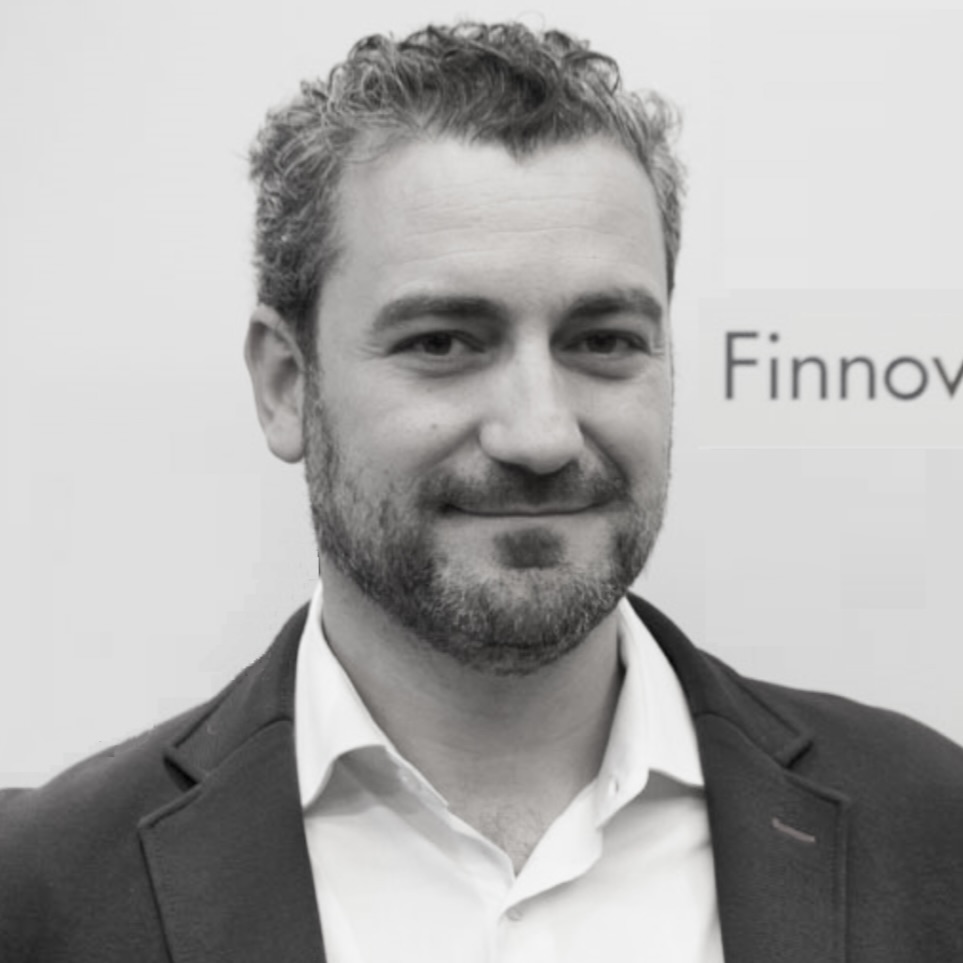 Rodrigo Garcia de la Cruz promotes the FinTech sector as an entrepreneur, investor, influencer, and academic professional for over ten years. He was recognized as the 17th Top World Influencer in the 2019 FinTech Influencers Ranking published by Jay Palter Social Advisory. His experience and international network led him to connect all the FinTech, InsurTech, and PropTech globally with corporations and investors. He created the first FinTech "Matching as a Service" platform, Finnovating. Additionally, he worked to advance the FinTech ecosystem, bringing together more than 25 countries, co-founding the IberoAmerican FinTech Alliance, the European Digital Finance Association, and becoming the President of the Spanish FinTech and InsurTech Association. Rodrigo also founded Accurate Quant and invested in more than 15 start-ups as a founding partner of FinTech Ventures, a private investor club specialized in FinTech. Previously, he spent 20 years in large multinational companies such as Citibank (Investment Banking), Barclays (Corporate Banking), and Renault (Robot Programming). He is a Robotics Industrial Engineer, holds a BA in Business Administration, a Master in Management of Financial Institutions from the IEB, and earned an Excellence Program in International Financial Markets from the London School of Economics. 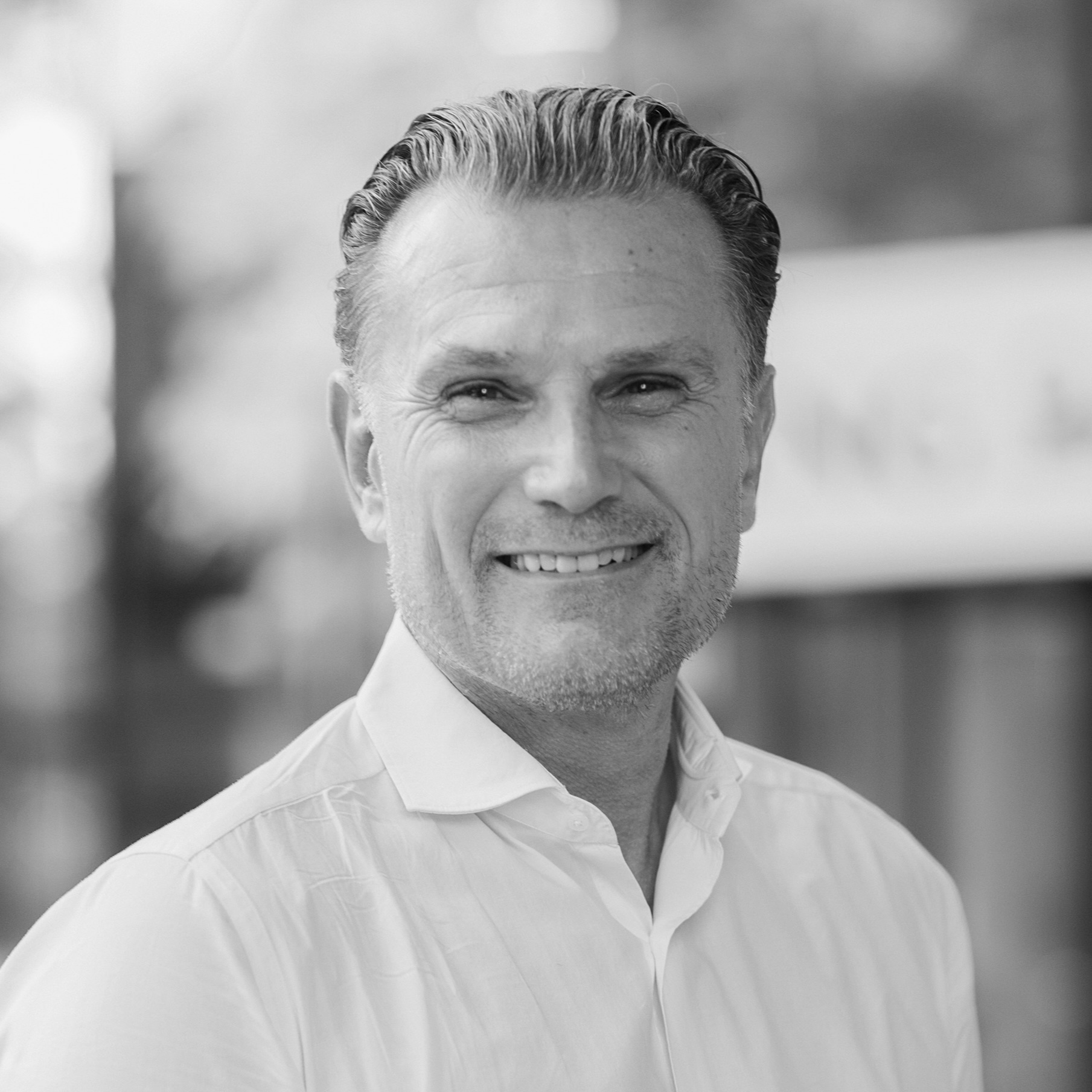 Jürgen von der Lehr is Head of Strategy and Business Development of ING. In this role he is responsible for ING’s strategy, M&A, innovation and sustainability activities. Jürgen has 20 years of experience in the Financial Services industry and has gained extensive digital skills as well as strategic and operational expertise in retail and corporate experience banking. Prior to his role at ING, Jürgen was Head of Digital Innovation and Head of Online Brokerage at Deutsche Bank and a Partner at Oliver Wyman. He has a degree in business administration from Mannheim University. 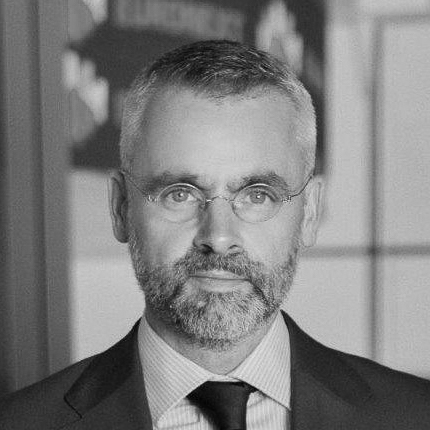 René joined Euronext Amsterdam in 2017 as Head of Business Development for Small & Mid-Caps, before being appointed Head of Listing early 2018. He is also board member of Euronext Amsterdam. His experience before joining Euronext spanned over more than two decades through different commercial roles at ABN AMRO and Rabobank, in Treasury & Risk Advisory, Cash Equities and Equity Capital Markets. As Rabobank’s Head of Syndicate he was responsible for the development of their corporate access services. Before joining Euronext in 2017 he was leading the marketing & communications team of Rabobank Wholesale and part of the management team for RI Communications. René attended the Hotel Management School in Maastricht and followed several business and management related business courses. 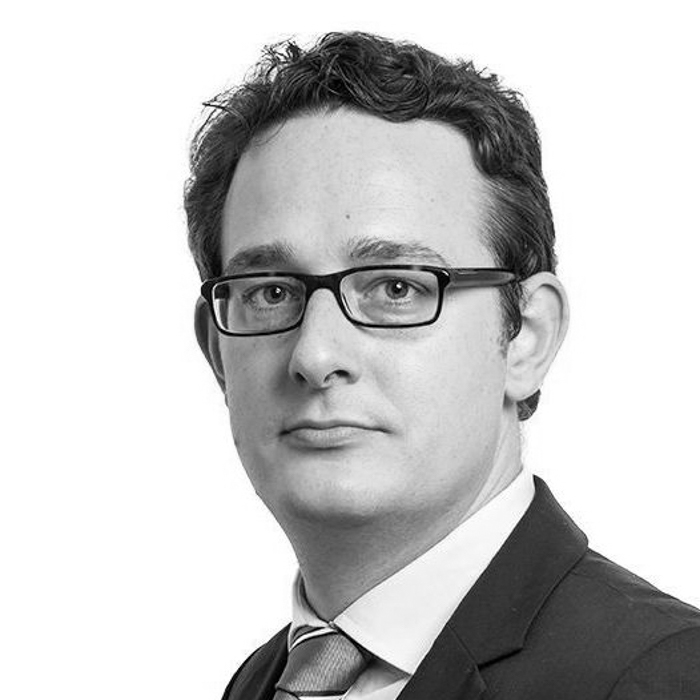 Prof. Dr. Philipp Sandner is head of the Blockchain Center at Frankfurt School of Finance & Management. He was ranked as a “Top 30” economist by the Frankfurter Allgemeine Zeitung and belongs to the “Top 40 under 40”,a ranking by Capital (German business magazine). Philipp´s expertise includes blockchain and distributed ledger technology, crypto assets, Euro-on-Ledger, ICOs, security tokens, digital transformation and entrepreneurship. He is member of the Fintech Council (FinTechRat) of the Federal Ministry of Finance and also engaged in the EU Blockchain Observatory. He is founding member of the German Blockchain Association, the International Token Standardization Association and the Multichain Asset Managers Association.

At Frankfurt Digital Finance, we combine breadth and depth with a focus on the key topics transforming the industry.

Frankfurt Digital Finance brings together the people and companies shaping the future of the finance industry. Broaden your network and share ideas with others in your field, meet your future business partners, or seek advice from leading experts, senior executives, entrepreneurs and investors in a familiar atmosphere.

At Frankfurt Digital Finance you really get your money’s worth. Enjoy one day packed with high quality educational content allowing you to bring back valuable skills to your office. Watch and learn from a diverse list of select speakers across key industry branches through keynotes, panels and interactive workshops.

Our conference will give you plenty of opportunity to make new contacts and collect solid leads that convert into valuable business relationships. Engage with top executives from established European financial institutions, innovative technology companies and service providers in round tables and one-on-ones.

What Attendees are saying about us

Our aim is to connect the key players in the European Digital Finance ecosystem under one roof: corporates, start-ups, investors, academia, regulators and policy makers. We are proud that the first two editions of Frankfurt Digital Finance seem to have achieved just that.

Frankfurt Digital Finance is the perfect kick-off event to discuss all relevant topics that circulate in the industry in 2022.

Europe is becoming a global tech powerhouse - and its events like Frankfurt Digital Finance that help promote European tech.

The digital transformation of the financial system is in full swing. Europe needs a competitive digital financial ecosystem while ensuring an up-to-date regulatory framework. Frankfurt Digital Finance offers a great platform to absorb the needs and viewpoints of different market participants.

The conference offers a great mix of people to engage with. The audience is phenomenal from banks to young companies. It is a great place to share our vision and connect with new partners.

The conference offers ample opportunity to discuss the topics that shape the future of the financial industry. From insightful speeches to lively discussions and personal exchange – Frankfurt Digital Finance is a place for visionary thinking.

It is important for young companies to come together with established players to create dialogue and a mutual understanding. For at the end of the day it is not fintech vs. traditional banks but partnerships of mutual benefit. This conference is the right form and the right format to have this kind of exchange.

It is very important for us to network - not only with our peers but also with people from the wider community. Having a format like this really helps to foster that dialogue. It is very efficient because you do not have to set up 100 meetings, I like that.

Frankfurt Digital Finance is the event where innovative tech companies and solution providers meet decision makers from large financial institutions. We need more events like this.

For us as a company from Finland, the conference is a great opportunity to meet decision makers from all the different financial institutions. You cannot miss that.

Frankfurt Digital Finance represents the diversity of the ecosystem

Frankfurt Digital Finance is ideal for startups to meet the relevant players under one roof. We have had a number of startups from our accelerator and it was amazing to see how many contacts they made in one day – work that normally takes us 3 months. I encourage international startups to attend and present themselves.

You are in great company

Frankfurt Digital Finance is made possible through generous support of our partners and sponsors. Get in touch if you, too, would like to sponsor FDF2022.

Previous
Next
View all partners